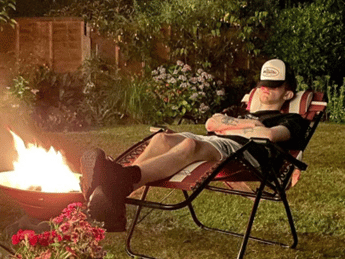 Sparky Kane, known as such due to his GTA RP Alias, Sparky Kane, is a relatively new creator to social media, but is somehow already an established presence. It’s almost unheard of that a creator can continue to hold over 5% of their entire following as an average on every live, and that’s why we’re super excited to welcome Sparky to Colossal Influence!

It doesn’t start and end with Twitch though, Sparky is a hugely talented musical artist, much like his GTA and Colossal peers; Lil Cap and Wiked. Sparky’s Spotify and Soundcloud profiles continues to grow as each day passes.

Sparky currently sits just outside the top 1,000 Twitch streamers on the entire platform for reputation according to the reputable Twitch Tracker. That is an unreal achievement given he didn’t even have a Twitch account before September 2020. To make that jump in just a couple of years to the position he is in now is remarkable, and the reality is it’s just the start.

Do you want to work with Sparky or find out more about his demographics for your potential campaign? Contact us! If you want to see our other exclusive influencers then check out the page. Remember, we also offer an influencer marketing consultancy for roles that might require other social influencers.